Sonographie
– The yellow area, divided in 36 zones in the double entry table, represents the dimension on the ground of the room, the venue, the gallery, etc, where the piece is performed.
– The piece starts with each player going to his/her initial zone. Each player carries a sound object of his/her choice, which is wrapped in a newspaper. As soon as the performer gets to the zone, he/she unwraps it and starts playing the piece.
– There are 36 zones for 36 players. Every player goes to the his/her zone, but takes his/her place in a very intuitive way, no need for an absolute measurement of the space.
– Each zone contains three basic informations about how to perform the sound event which is related to the actual zone.

– Every player has the same map score, but has to play through a different series of zones, one after the other.
– Once the playing time in a zone is finished, the player goes to the next one, to the next location, and plays his/her sound events according to the new zone parameters, and so on.
– The total duration of the piece is approximatively 30 minutes. The approximate duration of every zone has to be thought in relation to that total duration, but no chronometric time is needed, each player is responsible for estimating the passing time.
– At the end of his/her part, each player wraps back his/her sound objet and simply leaves the playing areas, but doesn’t talk to anyone before the last player is finished.
– Depending on the personal playing speed of each performer, it may happen that more than one player meet on a given zone.
– This piece can be integrated and superimposed to any social event. 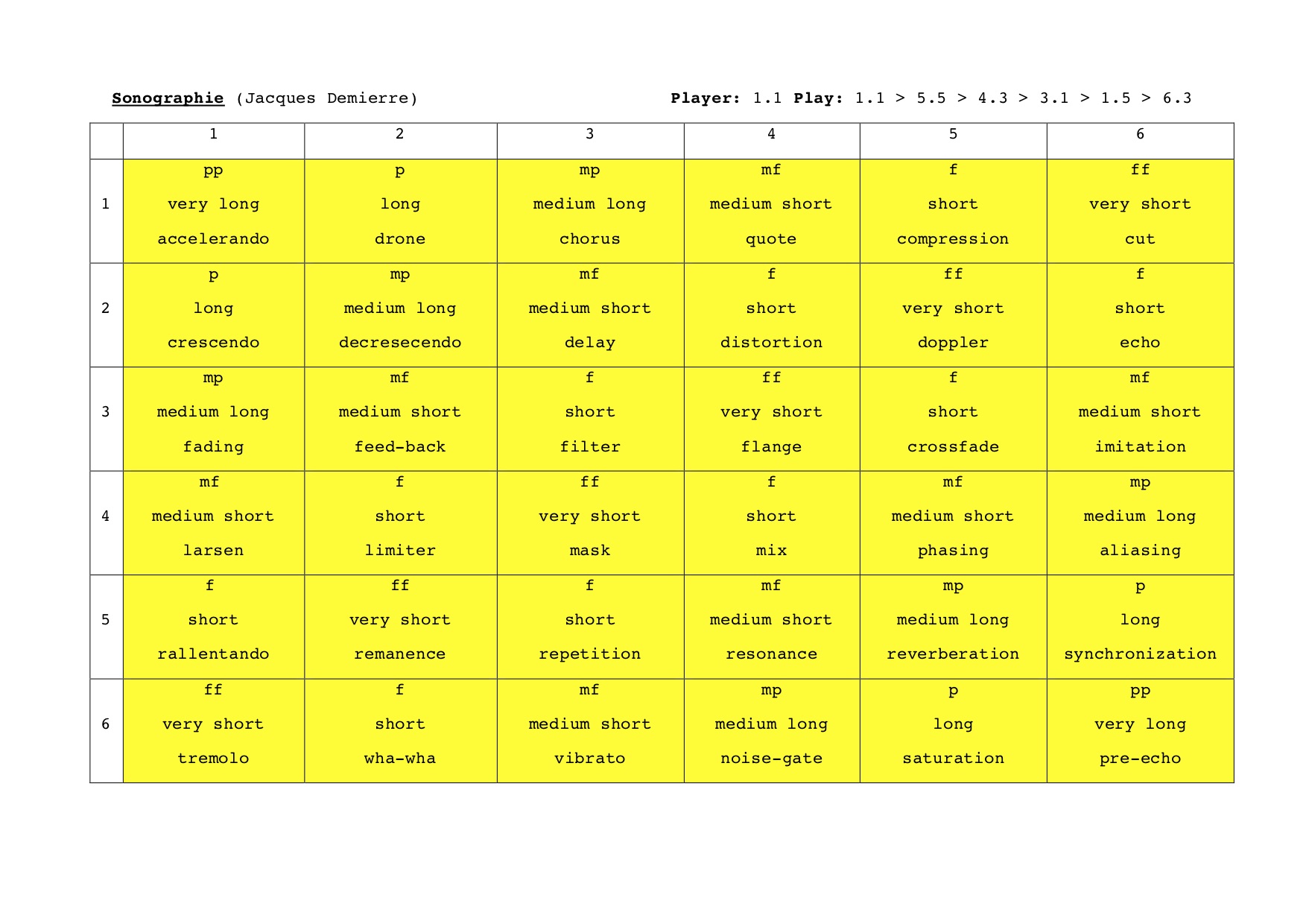