Brooklyn-based Swiss pianist Sylvie Courvoisier has blended contemporary classical rigor with improv unpredictability and free jazz verve to become one of the leading lights in the piano firmament. Although a fixture Downtown, she tours Europe and visits her homeland regularly and it was during one such instance in 2018 that she was reunited with countryman and fellow pianist Jacques Demierre for the duo concert presented on Hoodoos. Demierre may be less well known to American fans but has shared the stage with the cream of European performers over the years. This release can be seen as the follow up to Deux Pianos (Intakt, 2001) by the same pair, but whereas that encounter documented 20 concise interactions, the live album comprises a single 51-minute improvisation, split into two parts. As heavy resonance butts up against ringing trills and fluttering strings, the first thing that strikes the listener is the absence of ego. Although it’s possible to discern Courvoisier’s signature piano preparations in the right channel, the 176 keys are unified in a selfless dialogue predicated on building a joint edifice. Demierre is more likely to supply the repeated elements and structures, Courvoisier roving freely in both timbre and timing, creating a mercurial conversation in which they shift ground seemingly telepathically. […] John Sharpe

In this collection of pieces, selected from among the output of a recording session that lasted almost two whole days and represented a joint project, the playing reflects the complementary relationship shared by both artists, who set up alternating contrasts and subtle affinities in a trajectory structured enough to endow it with a formal shape, yet sufficiently supple to give each partner the leeway for instantaneous and spontaneous expression. Once again, Jacques Demierre exercises his intellectual and technical mastery – and a fair portion of wit – in a preconceived compositional approach, arrested and remodelled in the here and now. Sylvie Courvoisier responds with a rebellious energy that owes a lot, culturally and technically, to the fact that she has for some time now been an active participant in the fruitful frenzy and creative ferment of downtown New York. A subtle agreement directs this meeting, as if one would have the Ying of the one evoke the Yang of the other, and visa-versa.
Order 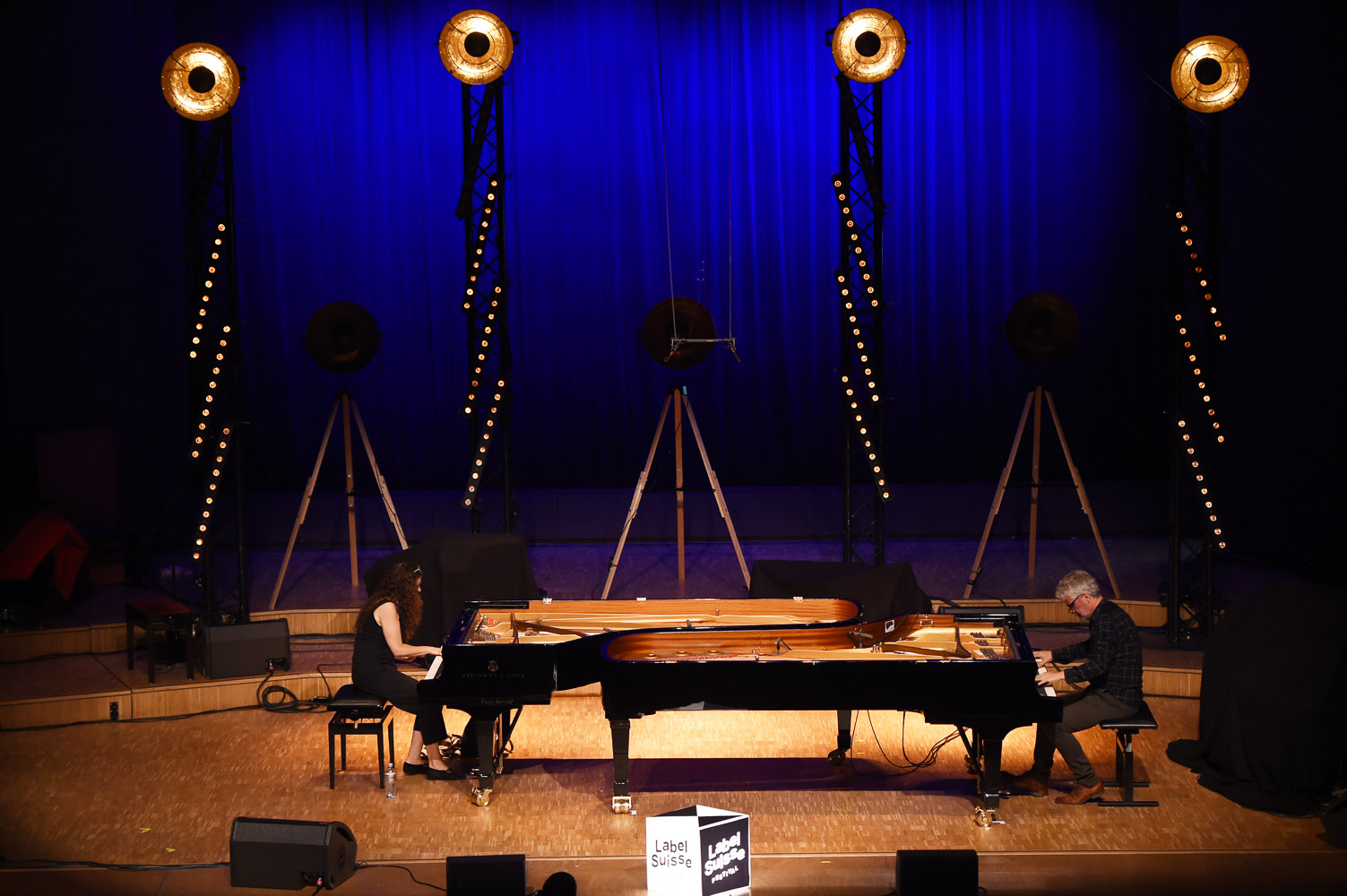